On September 6, at the initiative of Cepi, the Renaissance Hotel located in the immediate vicinity of the European Parliament’s headquarters in Brussels hosted the exhibition “Paper Presents” – an exposition of the outstanding achievements of the European pulp and paper sector in the field of climate change mitigation and innovations that stimulate sustainable actions by companies to respect the environment. Participants in the event included players representing the entire paper value chain.

The exhibition was opened by Jori Ringman – Director of General Cepi, who explained the objectives of the prepared exhibition, thanked with appreciation for the commitment on the part of the participating entities, especially at a time of relatively unfavorable external circumstances, i.e. in a dynamic crisis. He noted that the return to the continuation of the event (1st edition in 2019) promoting the achievements of the European P&P sector, despite the objective problems encountered along the way, is of great importance for creating a positive image of the industry in the broad public consciousness. This is all the more important given that the paper industry (energy-intensive, capital-intensive) faces new challenges related to the regulations of the EU’s ambitious climate and energy policy and the lofty goals of the European Green Deal.

Next, MEP Maria da Graca Carvalho (EPP) from Portugal took the floor as a key-note speaker. She emphasized the determination of entrepreneurs implementing activities in the Single Market to implement EU policy objectives at the operational level, which undoubtedly contributes to raising the competitiveness of the pulp and paper sector in Europe and the world. She also recalled her own contribution to the creation of instruments and tools that favor entrepreneurs, the development of innovation. This was particularly evident during the period when she served as EP Rapporteur during the definition of the framework for the EU’s Horizon 2020 multi-year program. During her mandate in the EP, MEP Carvalho, who also has an academic background, was a valued advisor to Carlos Moedas’s – the EU Commissioner for Research, Science and Innovation.

At the exhibition site, invited guests and visitors could see examples of the implementation of specific solutions, which were attractively presented by 21 entrepreneurs, coming from 13 countries in Europe. The collection promoted 40 innovative products, which were described in an occasional folder, edited and published by Cepi. The organizers took care to create an appropriate space for exhibitors to interact with visitors. Visitors to the exhibition area included Members of the European Parliament, industry experts, representatives of Cepi-affiliated paper industry structures (members of the Board of Directors of the Confederation’s national associations), as well as representatives of other industries in the paper value chain: FEFCO, ACE. Our Association was represented at the event by J. Turski (Director General of SPP). MEPs who took an interest in the profile of the “Paper Presents” exhibition and visited the exhibition in person included Tomasz Frankowski (EPP), and several other MEPs from Poland (3) were represented by assistant MEPs. 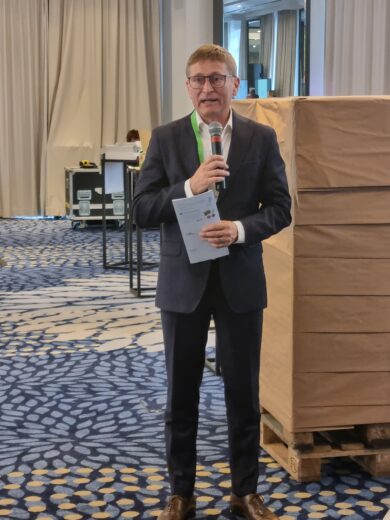 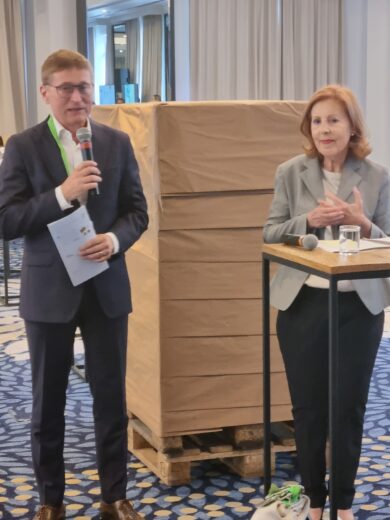 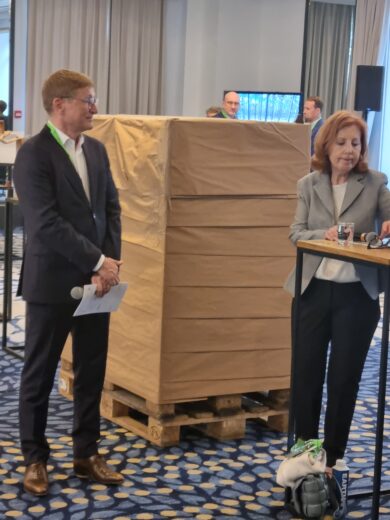 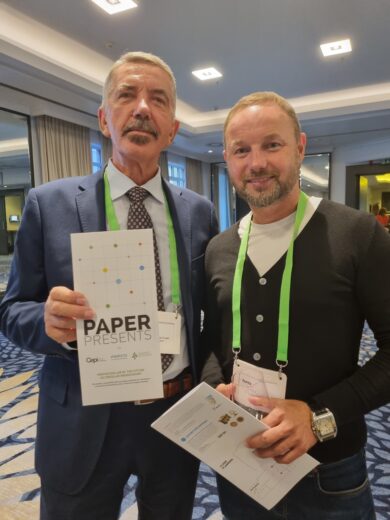 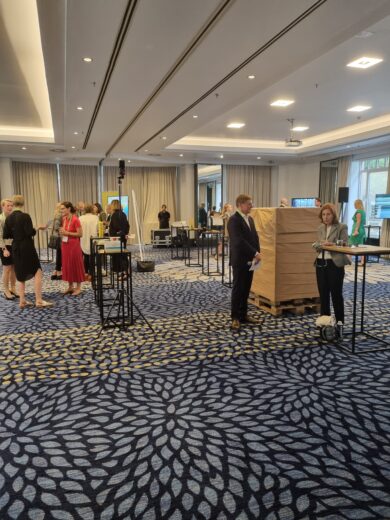 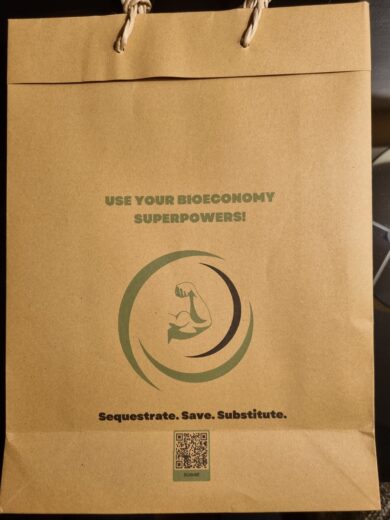