On October 7, the first edition of the Paper Olympiad was held in Lodz, Poland at the Bay of Sports of the University of Lodz. The organizer was the Center for Papermaking and Printing. 18 teams from secondary schools entered the competition. After the preliminaries, 11 teams took part in the finals. A total of 58 people participated in the Olympiad, together with their guardians.

Participants were to prepare:

All teams proceeded to complete the tasks with great enthusiasm and creativity.

The first to be tested were metal ball packs. All the constructions withstood the load, the winner was a simple basket by the Papierzaki Kwidzyniaki team with an exorbitant weight of 2.66 grams.

Next, towers were tested. The winner here was a simple structure in the form of a single tube with a carefully considered base. Despite its considerable height (147 cm), it was within the weight limit. It was made by the Różowe Misie team.

In the case of the flying structure, the star-shaped structure won. Thrown by one of the members of the Różowe Misie team, it soared to a distance of as much as 21 meters.

On behalf of the Olympic Committee, the winners were ceremoniously announced by the chairman of the judging committee, Dr. Konrad Olejnik:

A report on the Olympiad can be viewed at https://www.youtube.com/watch?v=w7s60bO8ax

Congratulations on a successful event and a fantastic atmosphere. We look forward to the next edition in 2023.

In the gallery below are some photos from the event. Photo source: Center for Papermaking and Printing of the University of Łódź (Facebook) 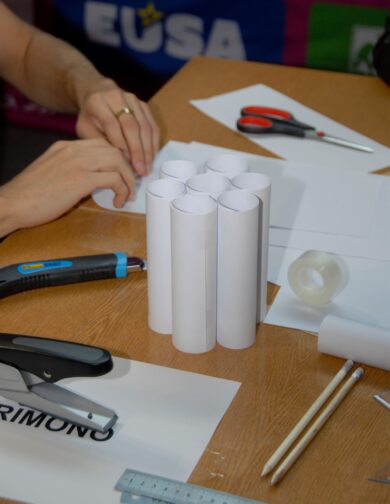 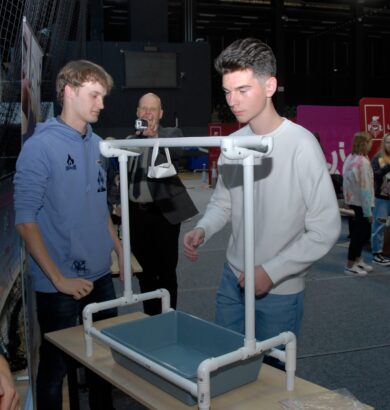 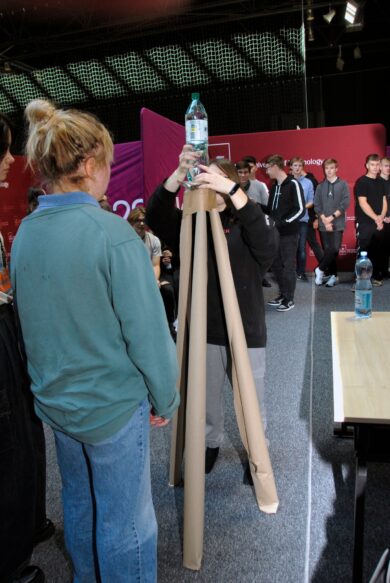 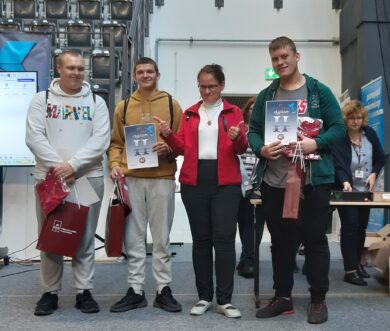 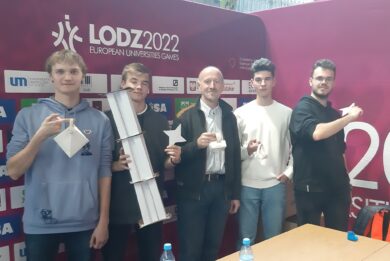 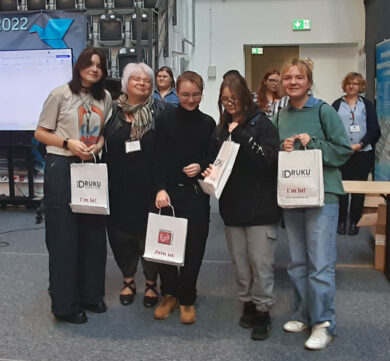