On November 30, 2022, a networking meeting was held in Brussels, at the Nordic House, next to the European Parliament, on the initiative of Swedish Forest Industries (SFIF) in conjunction with the Federation of Swedish Family Forest Owners (LRF Skogsägarna), attended by a large number of representatives of the forest-wood sector in Europe. The meeting initiative was launched several years ago, and has the character of a regular event, under the slogan Wood Be Better. Its primary purpose is to draw the attention of political decision-makers, legislators, to the new challenges conditioning the operation of the timber industry, resulting from the growing importance of the EU forestry strategy in the context of the mandatory implementation of the increasingly ambitious objectives of the EU climate and energy policy.

As expected, the vast majority of those who came to the event were entrepreneurs and consultants coming from the countries of the Scandinavian peninsula. Among those present who took advantage of the invitation was a representative of our Association: J. Turski (Director General of SPP).

In accordance with previous convention, this time, too, MEPs were invited to the meeting, who are actively involved in the procedure of amending legislation that directly relates to the problem area under consideration. The European Parliament was represented by Jessica Polfjärd (MEP-EPP, member ENVI), Pär Holmgren (MEP-Greens, member ENVI). The MEPs explained the course of current work on the framework for the EU Forestry Strategy, increasing biodiversity to contribute to the goals of the Fit for 55 legislation package (by 2030), as well as the achievement of decarbonization goals under the Green Deal (by 2050). The role of active relations with socio-professional organizations with expertise in the field of consulted projects leading to the establishment of a new order of law was emphasized.

Information on Sweden’s priorities that may be adopted after its presidency of the Council of the EU, during the first half of 2023, was provided by Jerker Stattin (Agricultural Counsellor at Swedish Permanent Representation to the European Union) – representing Sweden’s Permanent Representation to the EU. Referring to the anticipated presidency in 2023, he mentioned his own experience during the previous two terms when Sweden led the EU. Then, as now, he acted as the architect of the political compass for the presidency program. In his view, to a large extent, Sweden, during its succession, will continue the basics of the program line that is currently being implemented under the Czech presidency of the EU Council. J. Stattin assured that on the radar depicting Sweden’s action plan will be to ensure conditions for the stable and competitive development of European industry, based on wood processing, mainly from resources sourced in Europe. He added that it will be important to guarantee transparency and continuity, involving certification systems for the sources of raw material, of rules for responsible forest management, with the vector of evolving the P& P sector as an important component in the EU’s drive to build a bio-economy model.

During the meetings and backstage talks, J. Turski took the opportunity to talk with the hosts of the event: Anna Holmberg (Director of SFIF), Mia Crawford (Director of LRF Skogsägarna). They pledged to strengthen SPP’s cooperation with the Swedish side’s structures. One of the many interlocutors of J. Turski was J. Elvnert – Director of the Board of Directors. European Forest Technology Platform – Forest-based Sector. Among other things, the results of The Blue Sky Young Researcher and Innovation Awards, carried out on the same day by Cepi, were summarized during the Paper&Beyond – Greena and Resilient conference. Dir. Elvnert was a member of the 3-person Jury of the aforementioned competition, and congratulated the presentation made by M. Wasielewski (Werner Kenkel), which ranked third (ex aequo) in the final at the European level.

There was also an opportunity to exchange information with P. Borkowski – Executive Director of EUSTAFOR (European State Forest Association – European Forestry House, based in Brussels. Networking was carried out in a friendly atmosphere, with an openness to continue the initiated ties. 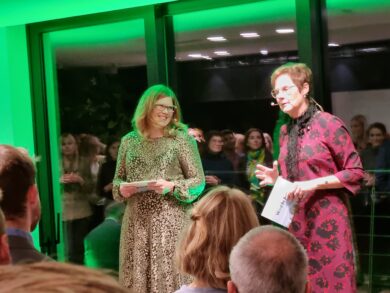 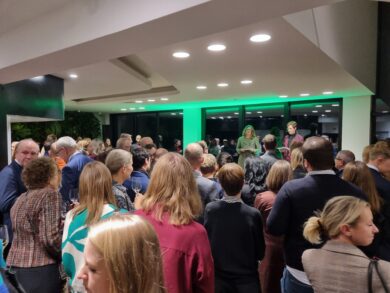 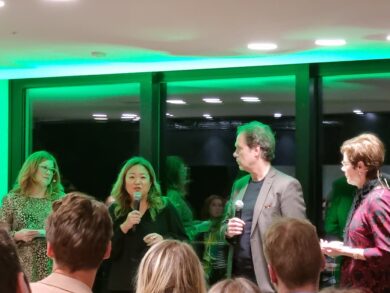 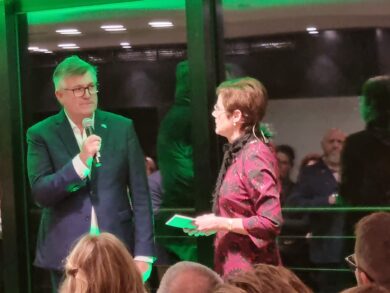 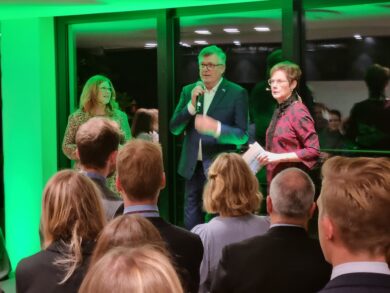